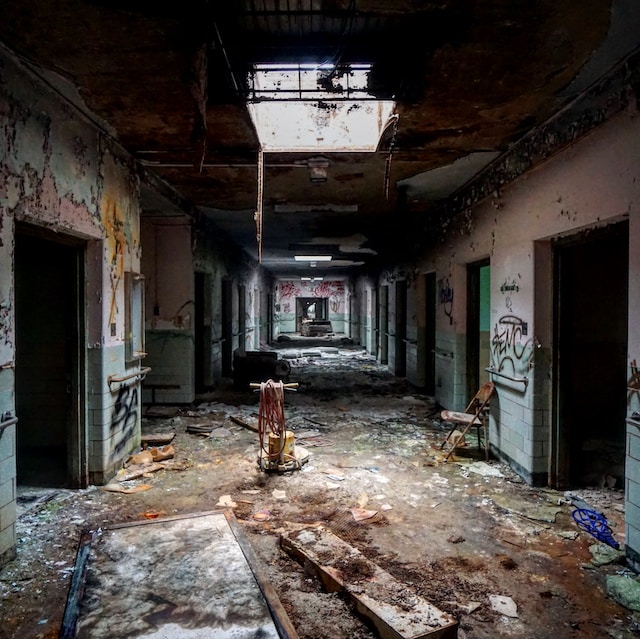 A haunted place is a place often perceived as being occupied by intangible spirits of the deceased who may have been former residents or were familiar with the property.

Parapsychologists attribute haunting to the spirits of the dead and the effect of violent or tragic events in the building’s past such as murder, accidental death, or suicide.

More scientific explanations for the perception that a place is haunted include misinterpreting noises naturally present in structures, waking dreams, suggestibility, and the effect of toxic substances in environments that can cause hallucinations. Here are the few scary places in Hyderabad. 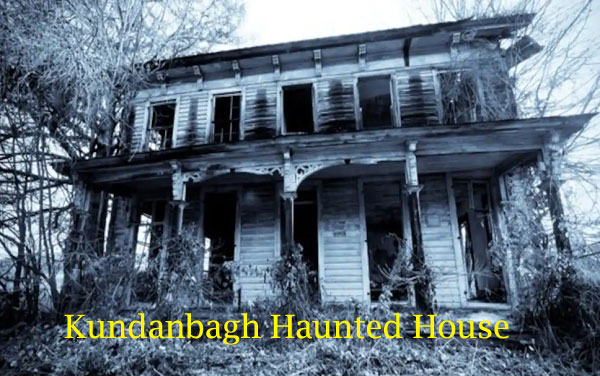 Kundanbagh is situated in Begumpet Area, Hyderabad. The horror story of Kundanbagh Haunted House created a sensation in the year 2002 when the dead bodies of family members were found inside the house.

To date, it has remained a mystery and popularly known as one of the top scary places in Hyderabad.
Many people believe there 3 women walking on the balcony of the house in the middle of the night holding candles.

They keep the garbage in their car and stay in the dark with no lights or electricity. Many also claimed one of the 3 women once also tried to attack a person with an ax.

The whole incident come to light when a thief entered this Kundanbagh haunted house, he saw 3 dead bodies decompose on the bed. He immediately went to Begumpet police station and was informed.

Now the unusual part was that the neighbors claimed that they are still seeing them almost every day. 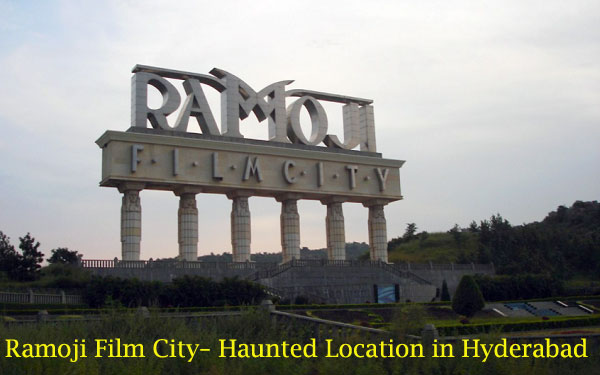 
Hyderabad may be considered a strange place because of many stories that will get your hair-raising. Ramoji Film City was inaugurated by producer Ramoji Rao in 1996. Ramoji Film City in Hyderabad is a crowd puller for two reasons.

It is a famous shooting site for movies and is also one of the most haunted places in Hyderabad.

It is believed that the ghost spirits of the deceased soldiers pervade the region as the grounds originally belonged to the Nizams, making it one of the most haunted places in Hyderabad.

Scattered leftover food around the room, mirrors scribbled with strange Urdu words – film city is famous for numerous such accounts.

The most interesting and amusing fact about this haunted place in Hyderabad is that the ghosts have their favorites – girls. Allegedly, these ghosts attack girls’ clothes, knock rigorously on bathroom doors, and are responsible for scary images appearing in girls changing rooms.

Few witnesses claim, while on a film shooting, the workers in the production team managing spotlights from high positions, fell down as if they were brutally pushed. The majority of the occurrences suggest the presence of ghosts in hotel rooms. 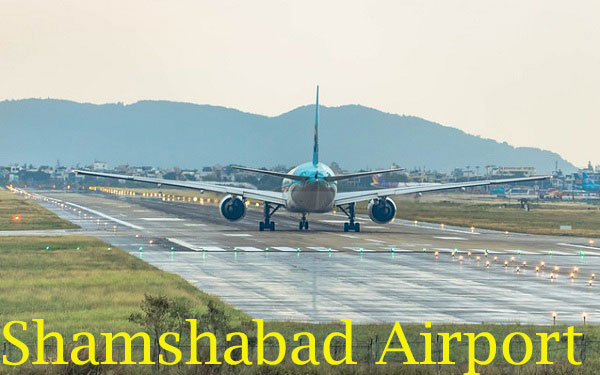 Rajiv Gandhi International Airport is located near Shamshabad, 24 km from Hyderabad. When the new airport in Hyderabad was started despite several controversies and protests, it seemed like just another airport.

There is a recorded instance where a passenger stared and laughed at the Airport employee whose head actually rotated 360 degrees.

Another incident occurred where a Qatar Airways pilot stopped the flight when he saw a woman dancing on the runway wearing a white sari.

The airport authority search for the lady but was not found. With this terrifying incident parts of the Shamshabad airport become one of the haunted and scary places in Hyderabad.

However, what most people don’t know is that there have been several ghostly and unexplained occurrences happening there ever since. 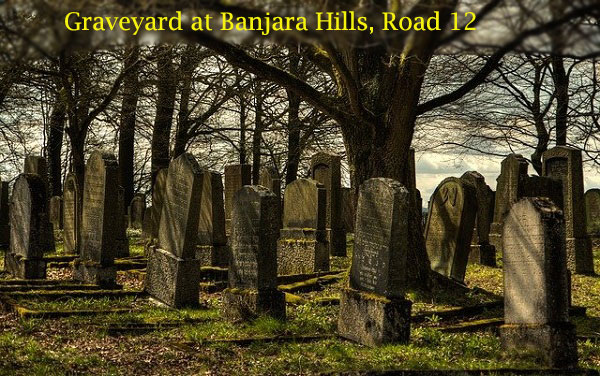 Banjara Hills was a scarcely populated hilly forest. Very few senior Nizam Dynasty members made it to their rest place after hunting Animals. Banjara Hill is a Posh Area that is divided by Road Numbers. The graveyard is also a very famous horror place in Hyderabad.

Here streetlights on the road have a trend to mysteriously switch off by themselves in the dark. People driving by the graveyard in dark get punctured cars. Once a Haunted incident occurred where A man named Marlon encounter’s the incident.

“About four years ago a couple of friends were driving through Banjara Hills road no 12. They have kept their car windows open and suddenly the air became so cold and they started to shiver in a minute.

They stopped the car and a few minutes later they heard the air leaking out of their car tires and in no time, all the 4 tires went flat”. 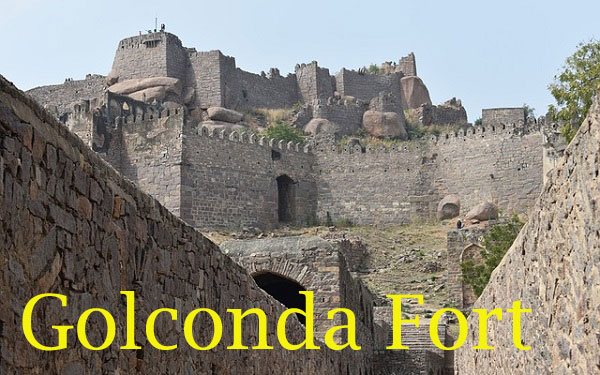 One of the most splendid forts of India. Gollakonda, (Shepherds Hill) is a citadel and fort in Southern India and was the capital of the medieval sultanate of the Qutb Shahi dynasty (c.1518–1687), is situated 11 km (6.8 mi) west of Hyderabad. It is also a tehsil of Hyderabad district, Telangana, India.

The region is known for the mines that have produced some of the world’s most famous gems, including the Koh-I-Noor, the Hope Diamond, Nassak Diamond, and the Noor-ul-Ain, the ruling dynasty of Nizam State in the 13th century.

A story that prevails in these areas is of Taramati and Premamati. These two were sisters who danced in the palace of Qutub Shah. Locals say that you can still hear Taramati singing and dancing in the fort.

Supposedly, the queen still dances on her former stage. It is a rumor that spirits take the form of shadows and reside in a tree.

Adding to the horror of this scary place in Hyderabad, are the reported they frequently heard crying of someone in a pain.
Also Check: 10 Best Places to Visit in Hyderabad 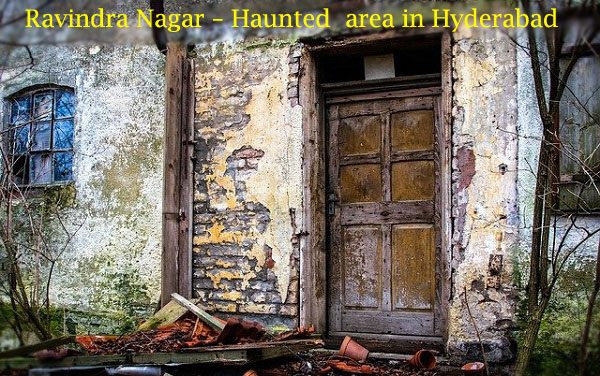 In the year of 2012, serial suicides were attempted by people in Ravindra Nagar. That’s why this place finds a place in the list of mysterious places.

In Ravindra Nagar residents have attempted suicides because of the presence of apparitions. Residents believe that the supernatural spirits are a form of heavenly wrath that started after a temple was diminished here.

The streets get empty, and with ‘Jai Shri Ram’ inscribed on the house doors and walls a strange feeling is expressed.

The residents of this area spent their nights sleepless for almost 2 months, with a fear that a spirit or ghost was visiting the area at night time. There are already 13 people who hanged themselves after the biased rumors.

While most of the people are staying nearby the temple and remaining people have left their houses.