Apart from being famous for its pearls and food culture, Hyderabad is home to some amazing sports personalities who are winning their battles worldwide.

Some of them are :

Sports Personalities in Hyderabad from Cricket: 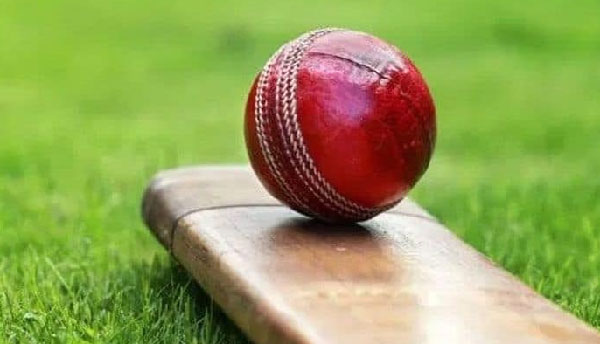 He started his Cricket Journey  from the Ranji Trophy and Syed Mushtaq Ali Trophy in the 2015–16, later selected for the Sunrises Hyderabad in the year 2017  and his internationla cricket journey from the match against the New Zealand on November 4, 2017.

Indian Politician and A former Cricketer who was the caption of Indian Cricket Team in 47 tests and 174 one day matches during 1990.

His career came to an end in 2002 due to him being involved in the Match-fixing scandal. In 2019, Azharuddin was elected as President of the Hyderabad Cricket Association.

Born in 1974, VVS Laxman is a former Indian cricketer and at present a Cricket Commentator. He was known for his amazing stroke play, numerous match-winning, and match-saving innings.

He has a special place amongst the Cricketing Legends and he was awarded the Padma Shri award and is currently the mentor IPL team, Sunrisers Hyderabad.

Born in 1982, Mithali Raj is the captain of Indian women’s national cricket team in Tests and ODIs. She is considered as one of the best batswomen to have ever entered the field of cricket, she is also the highest run-scorer in women’s international cricket and the only woman to cross 6000 runs in WODIs.

She also became the first Indian cricket player to score 2000 runs in T20Is and also to reach 2002 WT2OI runs irrespective of gender.

Sports Personalities in Hyderabad from Badminton: This former world no. 1 badminton singles player was born and brought up in Hyderabad in the year 1990.

More than 24 international titles to her name, she was the only female player to achieve the world no. 1 ranking. Working hard and going through rigorous training by world champion Pullela Gopichand, she successfully made Hyderabad proud.

She also represented India three times in the Olympics and won a bronze medal the second time.

She has 431 wins to her name and represented India at Commonwealth Games, World Championships, Asian Games, Asian championships to name a few.

He runs the Gopichand Badminton Academy. He also received Arjuna Award, The Dronacharya Award in 2009 and The Padma Bhushan in 2014.

Jwala Gutta is a professional badminton player born in Hyderabad in the year 1983. A fourteen times National Champion. She has represented India at several international games.

She has 316 wins to her name alongside world ranking no. 6 as a badminton player. She won a bronze at the 2011 World Championship.

Sports Personalities in Hyderabad from Tennis: Born in 1986, Sania mirza is an amazing Indian professional tennis player. Six grand slam titles to her name, she was also the world no. 1 in the doubles. She was ranked as world no. 1 by WTA. She is also considered as the most successful Indian women tennis player and most high profile athletes in the country. Sayed Nayeemuddin former Indian captain of Indian football team and the only sports-person to win both the Arjuna Awards in the year 1997 for the contribution to Indian football.

He is From Hyderabad and born in the year 1994. He played for the Indian National team form 1964–1971 and later appointed as the head Coach for the National football team.